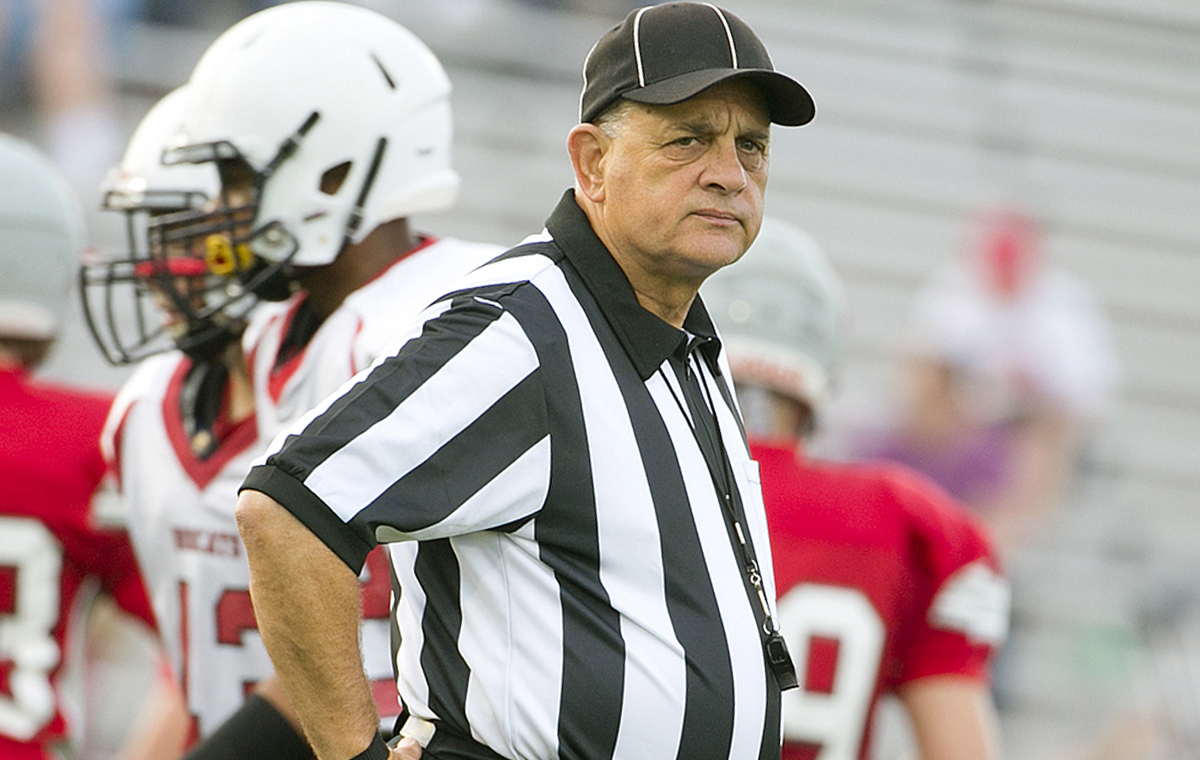 On any given evening in the Quad Cities, you’ll likely find veteran referee, Peter Duquette, 63, calling the shots — from football to baseball fields, on basketball and volleyball courts. “I’ve been officiating for 20 years. I like to stay fit, and as a referee, it definitely keeps me moving.” As both a Quad City area math educator and former academic athlete, his love of sports has kept him in the game for decades. He officiates hundreds of games in at least five sports all year long.

“As fans know, the key to good officiating is to be in the right spot, at the right time, so you can make the right call.  You can defend the call if you are there to see the play clearly. As my knees got more painful with each passing year, my real concern was officiating an important game and not being able to move quickly into position for each play.

“Basketball, in particular, is very demanding. In addition to jogging up and down the court, I have to make a lot of sudden stops, starts, and quick pivots to change direction. When I began hobbling, I knew it was time to see a specialist.”

Peter sought the care of ORA Sports Medicine Surgeon, Dr. Waqas Hussain, a local team physician who knew Peter on and off the field. “We have family members who were classmates at Moline, so I’ve known and trusted Dr. Hussain for years,” says Peter. At first, Peter received cortisone shots that provided temporary pain relief, but ultimately, it became clear knee replacements were the best option. “Other referees had told me they waited too long, so I decided to pull the trigger and get both knees replaced.”

Dr. Hussain performed total knee replacement surgery on one knee, then two months later, he replaced the second knee. “Peter’s knees had sustained wear and tear over the years.

He was in phenomenal shape going into the surgeries, and his recoveries were just as successful,” says Dr. Hussain. “Officiating is a demanding job, and Peter definitely rose to meet the challenges before, during, and after surgery.”

“Two weeks after each surgery, I was walking two miles a day,” adds Peter. “I remember officiating a UT game after my knee replacements, and Dr. Hussain told me not to run long distances. As UT’s team doctor, Dr. Hussain was on the sidelines keeping a good eye on me,” Peter laughed. “Everything went really well and my pain is gone.”

“Peter has been in good physical shape his entire life, which definitely played a part in his successful total joint replacement,” adds Dr. Hussain. “He’s also got drive, determination, and diligence, which made a big difference in his return to officiating.

“There’s no doubt he loves his job. He has excellent strength, visual acuity, and mental sharpness to officiate well. Age is just a number to Peter, and it’s gratifying to get him back in the game where he belongs.”

My PA is an wonderful person. She's patient, kind and caring. So is her nurse. I would recommend her to anyone. - Kaydell S. - 1 month ago